You have until November 14th, 2014 to send your completed nomination package (in strictest confidence) to Lorraine@eurostarconferences.comThe 2014 winner will be announced at the EuroSTAR 2014 Gala Awards Dinner in Croke Park, Dublin, on Wednesday 26th November next.Nomination must be received on or before November 14th, 2014!Detailed nomination information is available here. 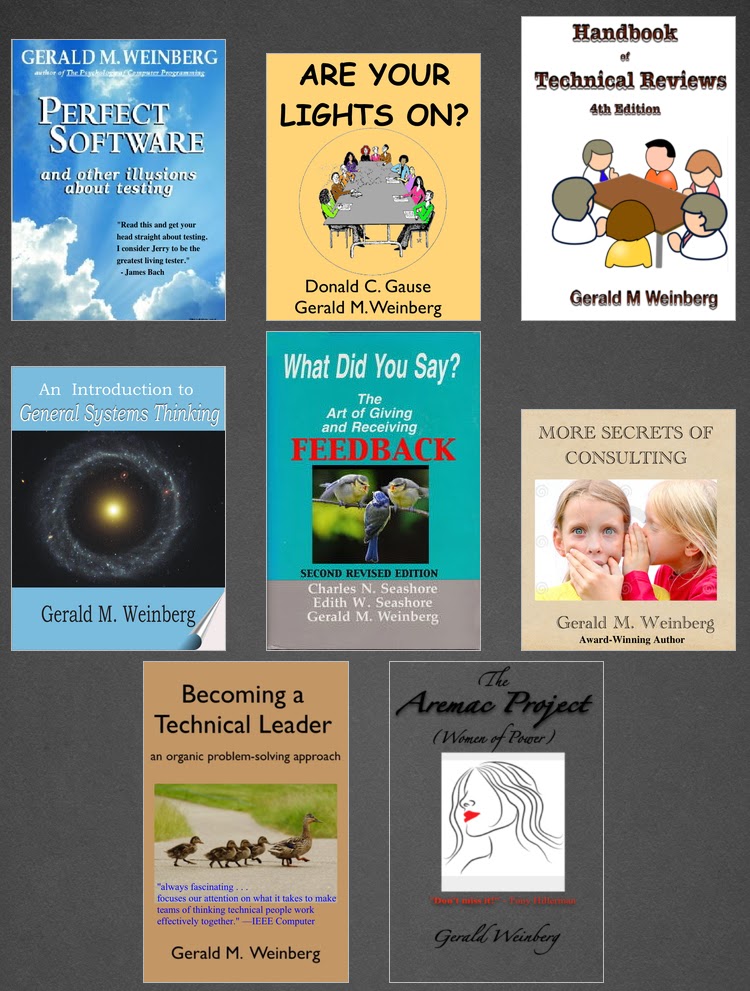 The Tester's Library consists of eight five-star books that every software tester should read and re-read. As bound books, this collection would cost over $200. Even as e-books, their price would exceed $80, but in this bundle, their cost is only $49.99. To learn why they should be in your library, go to https://leanpub.com/b/thetesterslibrary/

- Perfect Software
- Are Your Lights On?
- Handbook of Technical Reviews (4th ed.)
- An Introduction to General Systems Thinking
- What Did You Say? The Art of Giving and Receiving Feedback
- More Secrets of Consulting
- Becoming a Technical Leader

Available now at Leanpub in all formats.
Posted by Gerald M. Weinberg at 4:39 PM 0 comments