The Most Important Aspect of Software Testing

On a public forum, the question was, "What are the most important aspects of software testing?"

A number of good answers were given, but all tended to emphasize finding errors. To me, that's a limited view of testing. I would say, instead, that the most important aspect of software testing is to provide information about the state of a software product. That is, not just errors, but what's good and bad about the product. And, by the way, what's just mediocre.

For instance, the speed of the product might not be in error, but could be good, bad, medicre, or perhaps acceptable to some or all possible users. It's the tester's job to document that.

Or, there may be a feature that works okay, but is not so easy to use. Is that an error? Who knows, but in any case, it's a fact that the sponsor of the project will usually want to know about, and providing that information is the tester's job.

One more example: if a tester merely finds and reports errors, small wonder that developers feel that testers are nattering nabobs of negativity. Test reports should describe what's good—what's wonderful—about a product, and testers must never forget that part of their job.

You can read more about important aspects of testing in my book, Perfect Software And Other Illusions About Testing.
Posted by Gerald M. Weinberg at 10:41 AM 1 comments

What's something I can do right now to increase my productivity?

I was recently invited to answer the question in the heading. There were already 99 other answers, some of them very interesting. I tried reading all the answers, but gave up after the first two dozen or so. All that stuff about lists and apps and schedules and methods with trademarked-names might have been okay for some folks, but they didn't do much for me. I don't really use any of them, but I’ve been an incredibly productive person all my life.

I've published around a hundred widely acclaimed books, plus hundreds of articles. I've invented useful things and won a handful of awards for my writing. More than ten thousand people follow my tweets and my workshops are filled with people from all over the world. While doing all these things, I've also found the time and energy to support many volunteer causes.

My secret? I can do all these things because I apply just one principle:

Do what you love doing.

If you love it, you won’t need any of this tricks and tips. You might use some of them or make your own if they help you do what you love, but if you’re not doing what you love, no tricks will help much.

But, you say, "there are just some things I have to do, whether I love them or not." Well, first of all, re-examine those things and make a NOT-TO-DO list, to remind you to stop doing things you hate and don’t really have to do. And if there are still things left that you think you must do, experiment.

After seven months, this senior manager finally came raging into my office demanding his daily report. I calmed him down and showed him what it had cost to do it daily when he only needed it maybe once a year. We negotiated a deal where on the day he needed it, I would drop everything and produce it in about two hours. That gave him what he needed and saved me two hours a day, 199 working days a year. Now, that’s productive.

But you may still have to accomplish a task that’s really needed, so your experiments don’t work. In that case, examine HOW you accomplish the task and use your imagination to find a way to do it that you really enjoy. For example, you can make a game of the task.

For instance, I once had a rather dull report I had to write regularly so I started each time by picking ten words at random from a large dictionary. Then I challenged myself to use all ten words somewhere in my report. Not only did this make the report into fun game, but I improved both my writing and my vocabulary. And, oh yes, people told me they enjoyed reading those reports, so maybe it made them more productive, tool.

If you enjoy doing a task, you won’t procrastinate, and you’ll do it with gusto. Voila! You’re now the most productive person around.

Not only does this principle work for you, but you can teach it to those who work with you, principally by example. When you do this, you're practicing a powerful form of leadership, helping all those other people be more productive. Think of it this way: It's the opposite of the dreaded micro-management. Instead of telling people how to do things your  way, you're encouraging them to find their was to do things so they'll be a productive as you are.


(You think I’m making this all up? Well, how many people do you know who have accomplished what I’ve accomplished. You can check my website (www.geraldmweinberg.com) and then find some other people with a comparable history and ask them if they enjoy what they do, all day. I don't think you'll find many of them who spend their day making lists—unless they've made it into a list-making game.
Posted by Gerald M. Weinberg at 9:38 PM 0 comments 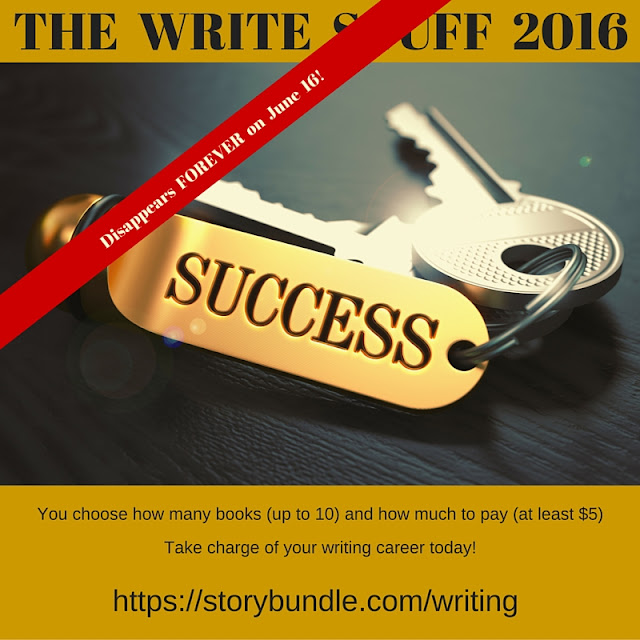 If you're a consultant, or want to be, you need to read this blog by my colleague, Tonya Price:

I agree with all of Tonya's 5 points, and I'd like to point out one other way writing a book helps you become a successful consultant. Writing a book is not a one-way street, sending ideas from you to clients and prospects. Writing a book is a way for you to learn new ideas and new ways of expressing your ideas.

In my experience, if I want to learn some new material, the best way to do that is to write a book about it. Even if I never publish the book—even if I never even finish it—and don't achieve Tonya's five benefits, I still benefit by becoming a better consultant.

So, even if you're afraid that you don't write well enough to be a successful author, you ought to start writing a book about something you'd like to better understand. And, a good first step is to take advantage of the Write Stuff 2016 bundle of ebooks.