Should I write my best book first? 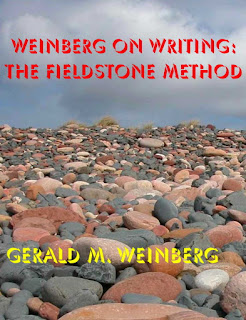 The questioner wrote: "I have an idea for a great book. I have only have this one idea. I worry if I write this book and it doesn’t go well I might end up discouraged with no more great ideas to write about."

Someone once said, “There’s nothing as dangerous as an idea—especially if it’s the only idea you have.”

By themselves, great ideas for books are essentially worthless. Hardly a month goes by without some eager soul telling me they have a great idea for a book that they want me to write in partnership with them. They simply don’t understand that it’s not the idea that’s worth anything, but only the writing of it.

99+% of “great ideas” never get written. Even though I’ve published over 100 books, I have had hundreds more “great ideas” that I’ve not (yet) written. I certainly don't need somebody else's great idea in order to have something great to write about.

So, either stop asking meaningless questions and write your book, or just file this “great idea” in the wastebasket and get on with your life. Chances are you’ll have hundreds of other great ideas in your life.

If you decide to write your book, or if you're simply trying to decide, you’ll want to read Weinberg on Writing: the Fieldstone Method.
Posted by Gerald M. Weinberg at 2:38 PM

For the person with one great idea, I would suggest that they write an article or a blog post on the subject. If that goes well, perhaps several times, and there is much more to say, maybe there is enough material to start a book.