Dealing With Failure as a Developer

He asked, "How do I not feel like a failure when I went to one of the best schools and got one of the top internships, only to be a bad developer in the end?"

And here's what I told him:

First of all, tell yourself how lucky you are that you found out that you don’t happen to be good at development. Lots of people are good at other things, but aren’t good at development, don’t know it, and persist in doing a bad job. You should be extremely happy you’re not one of those clueless people.

Tell yourself that you failed at one thing, so far. Most people in their lives fail at many things. It’s perfectly normal.

The few people who never fail at anything are generally those who never try anything new, or risky. Tell yourself how lucky you are that you’re not one of those jerks. 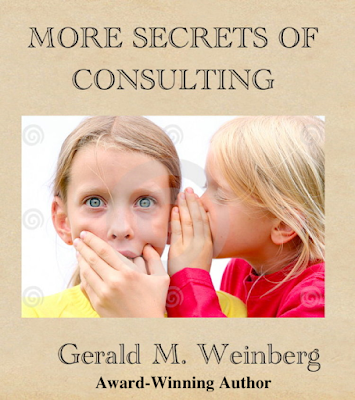 It would also be a good idea to learn to use a different way of speaking about yourself. You are not “a failure.” You are a person who failed at something. Once. Therefore, you are a real human being. That’s pretty good, isn’t it?

For some tools to help you work through this feeling of failure, read: More Secrets of Consulting: The Consultant's Tool Kit