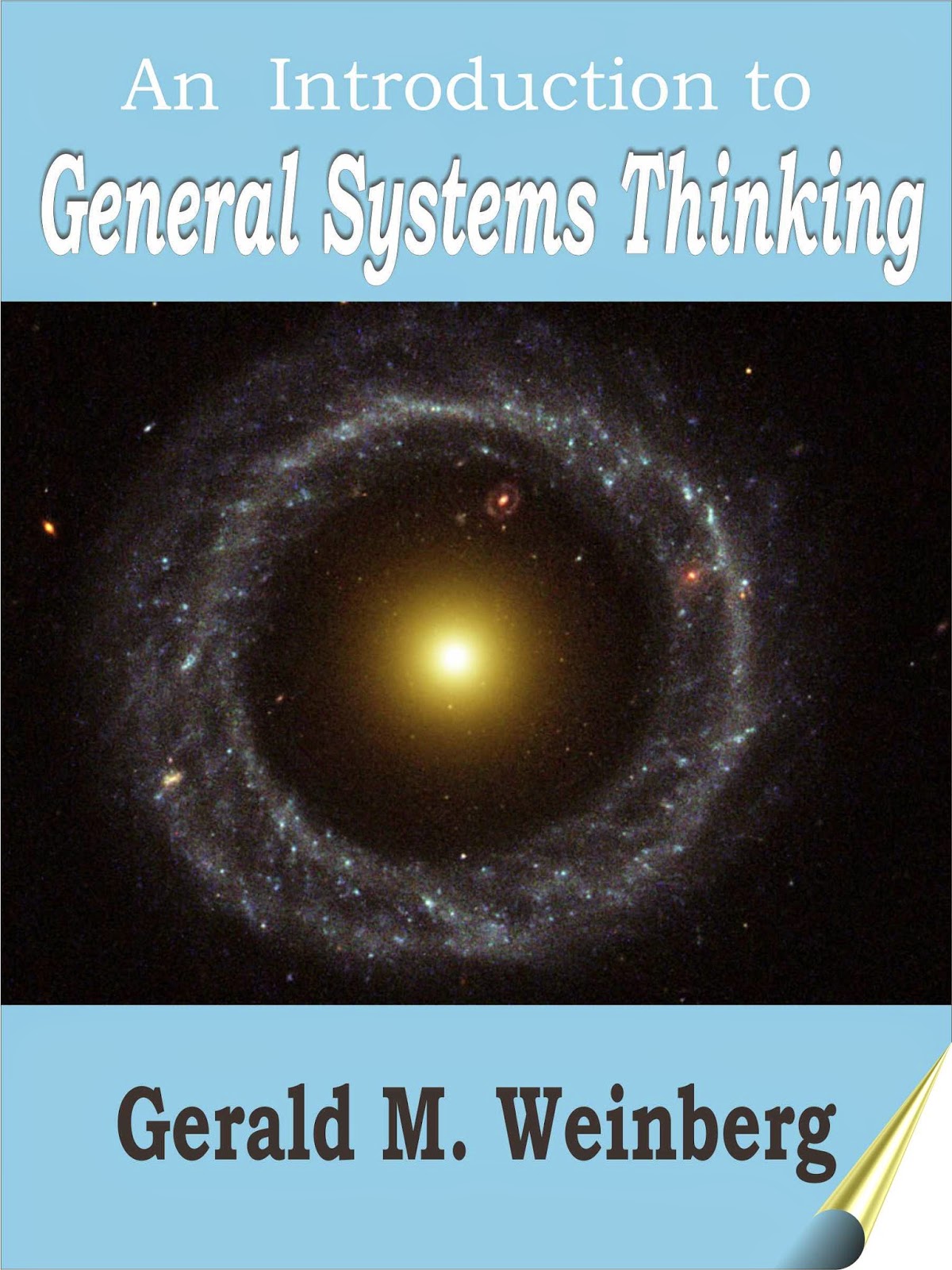 Continuing my weekly series of excerpts from my books, this week I picked a short section from An Introduction to General Systems Thinking that describes and derives a couple of important general systems laws.

Although what we observe depends on our characteristics as observers, it does not depend entirely on those characteristics. There are two extreme views on this subject—the "realist" and the "solipsist." The "solipsist" imagines there is no reality outside of his own head, while the "realist" flatters himself that what is in his head is all real. Both suffer from the same disease.

There are two components to any observation: a duality long known and often forgotten. Galileo
... distinguished between primary qualities of matter and secondary qualities—the former inherent in matter itself, the latter the product of the interaction of the body possessing certain primary qualities with the sense organs of a human or animal observer.
Many of Galileo's intellectual heirs have forgotten this distinction, making it appear prudent for us to frame a law, which we shall call The Generalized Thermodynamic Law:

More probable states are more likely to be observed than less probable states, unless specific constraints exist to keep them from occurring.
In spite of the risk of antagonizing physicists, we call this law the Generalized Thermodynamic Law because it has two important parts that correspond to very general cases of the First and Second Laws of Thermodynamics. The First law, we recall, concerns the conservation of something called "energy," which seems to conform to a rather severe constraint "out there." The Second Law, however, is of a different type, being concerned with the limited powers of observers when viewing systems of large numbers of particles. By analogy with these laws and with Galileo's primary and secondary qualities, we may reframe our law:

1. because there is some physical reason to favor certain states (the First Law)
or
2. because there is some mental reason (the Second Law).
Because of the predominance of realist beliefs, it is hardly necessary to elaborate on reason 1, though there is more to it than meets the eye. Our purpose in propounding this law is to correct the tendency to overdo realist thinking—to the point of stifling thought. We shall therefore illustrate the Second Law with an extended example.

Which of the two bridge hands in Figure 4.9 is more likely to be seen in a normal bridge game? (You really need know nothing about bridge—we are speaking essentially of dealing 13 cards in an honest deal.)

Figure 4.9. Two bridge hands.
Most bridge players readily answer that Hand 2 is the more likely, but statisticians tell us that the two likelihoods are the same. Why? In an honest deal, any precisely specified hand of 13 cards has to be as likely as any other hand so specified. Indeed, that is what statisticians mean by an "honest deal," and it also agrees with our general systems intuition based on the Principle of Indifference. Why should the deck care what names are painted on its faces?

But the intuition of bridge players is different. We want to know why they instinctively pick Hand 2 to be more likely than Hand 1. The reason must lie in the structure of the game of bridge, the arbitrary rules that attach significance to certain otherwise indifferent card combinations.

When we learn a card game, we learn to ignore certain features which for that game are not usually important. Games such as War and Old Maid where suits are not important may be played without taking any notice of suits whatsoever.

In bridge, high cards are usually important, and cards below 10 are usually not important. That's why bridge players are always impressed when a bridge expert makes a play involving the "insignificant" five of hearts. Bridge books implicitly recognize the unimportance of low cards by printing them as anonymous x's, just as the government implicitly recognizes our unimportance by reducing us to unnamed statistics. In a typical bridge lesson, we might see Hand 3 of Figure 4.10. Seeing this hand, we may understand the bridge player's difficulty by asking the analogous question: 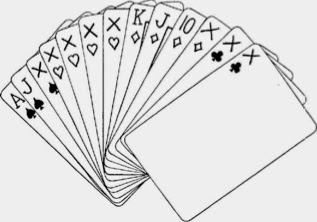 Figure 4.10. A "hand" that is not a hand.
Most bridge players are only dimly aware that Hand 3 is not a "hand" at all, but symbolizes a set of hands. Hand 2 happens to be one member of the set we call Hand 3. When a bridge player looks at a hand such as Hand 2, he unconsciously performs various lumping operations, such as counting "points," counting "distribution," or ignoring the "small" cards. Therefore, when we show him Figure 4.9 he thinks we are asking

There is, in the bridge player's mind, only one hand like Hand 1, since it is the only guaranteed unbeatable grand slam in spades, the highest suit. Hand 2, however, is quite "ordinary," and any hand in the set "Hand 3" will be more or less like it. Since the set we call Hand 3 contains more than a million individual hands, the odds are at least a million to one in favor of getting a hand like Hand 2! Because of his past experience, the bridge player has translated our question to another—one to which his answer is perfectly correct.

We habitually translate questions in such ways. Consider what the statistician did with our original question, which asked

Which is more likely to be seen ...
Because we ordinarily speak rather casually, he translates "be seen" into "occur," which leads him to an important mistake. In actual bridge games, Hand 1 will be seen much more often than ever Hand 3! Why? Because although Hand 3 may occur more often, it will rarely be seen—that is, specifically noticed by any of the players. Although Hand 1 may not occur very often, if it ever does occur it is sure to make the morning papers, because it is such a sensational hand in the game of bridge.

The importance of hands and the way they are lumped are obvious mental reasons for seeing some "hands" more frequently than others. These arguments are based on the assumption of an "honest deal," which is another way of saying that there are no physical reasons to favor any particular hand. Those who have played much bridge, though, know that there are such physical reasons. If a player leaves the table for a few minutes during a friendly game, he may come back to find he has been dealt 13 spades. If he is not too gullible, he will look up and laugh, because he will know that his friends have rigged the hand as a practical joke.

But how does he know they have rigged the hand? Well, because he knows that in an honest deal, such a hand is vastly improbable. Yet so is any other hand, but we do not think that every hand comes from a dishonest deal. Whenever we observe a state both conspicuous and improbable, we are faced with a quandary. Do we believe our observation or do we invoke some special hypothesis? Do we call the newspaper, or do we accuse our friends of rigging? Only a fool would call the newspaper. If he did, no sensible person would believe him.

In the same manner, conservatism is introduced into scientific investigation by the very assumption that observations must be consonant with present theories. An observation is more likely to be simply discarded as "erroneous" if it is out of consonance with theory. If the observation is nonrepeatable, it is therefore lost forever, leading to a selection for "positive" results.

Such selection can be seen most vividly when researchers dig up historical data, and especially in connection with old astronomical observations needed to give a time perspective not obtainable in the present. Robert Newton calls these procedures for assigning dates and localities to questionable observations the "identification game," and nicely shows the way the procedures can lead to the "classical" results even if a table of random numbers is used as the "raw" data to be identified.

The complete substitution of theory for observation is, of course, not scientific. Even worse is going through the motions of observing, but discarding as "spurious" every observation that does not fit theory—like the Viennese ladies who weigh themselves before entering Demel's Tea Room. If they're down a kilo, they have an extra mochatorte, and if they're up a kilo they pronounce the scale "in error" and have an extra mochatorte anyway.

This, then, is the problem. Raw, detailed observation of the world is just too rich a diet for science. No two situations are exactly alike unless we make them so. Every license plate we see is a miracle. Every human being born is a much greater miracle, being a genetic combination which has less than 1 chance in 10100 of existing among all possible genetic combinations. Yet the same is true for any particular state—in the superobserver sense—of any complex system.

"A state is a situation which can be recognized if it occurs again." But no state will ever occur again if we don't lump many states into one "state." Thus, in order to learn at all, we must forego some potential discrimination of states, some possibility of learning everything. Or, codified as The Lump Law:

If we want to learn anything, we mustn't try to learn everything.
Examples? Wherever we turn they are at hand. We have a category of things called "books" and another called "stepladders." If we could not tell one from the other, we would waste a lot of time in libraries. But suppose we want a book off the top shelf and no stepladder is at hand. If we can relax our lumping a bit, we may think to stack up some books and stand on them. When psychologists try this problem on people, some take hours to figure out how to get the top-shelf book, and some never do.

Science does not, and cannot, deal with miracles. Science deals only with repetitive events. Each science has to have characteristic ways of lumping the states of the systems it observes, in order to generate repetition. How does it lump? Not in arbitrary ways, but in ways determined by its past experience—ways that "work" for that science. Gradually, as the science matures, the "brain" is traded for the "eye " until it becomes almost impossible to break a scientific paradigm (a traditional way of lumping) with mere empirical observations.
________________________________________________________________
I hope you're enjoying these weekly excerpts. You might also enjoy some similar lessons cast in the format of fictional accounts of smart people using such principles in solving interesting life problem or cracking tough mysteries. If you think you might like a little different approach, take a look at my fiction website: