How can I become a software developer who only designs?

A young programmer asked me, "How can I become a software developer who only designs the whole software architecture and gives instructions to other developers rather than actually coding by myself?"

I told him he could do that right away, as long as he didn’t care if the other developers listened to his instructions and followed them. And if he didn't care of he was paid.

In general, software developers will not follow the lead of someone for whose designs they have no respect. And why would they respect your designs unless you had previously proved yourself by what you’ve built?

So, build things, and build more things, until you demonstrate that others have some reason to follow your lead.

And, at the same time, work on your people skills, because even if you’re the greatest designer in the world, if you’re a self-centered jerk, nobody will follow you or your designs. 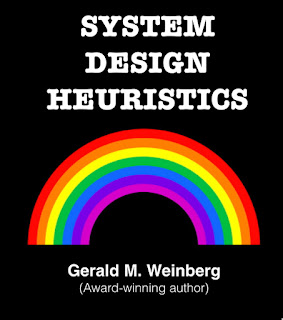 For more on designing, see

If you "only design", then you are not a software developer. You are (hopefully) a business analyst, or a tester, or even a business user. You are hopefully participating in a project where different disciplines come together to produce the specification for a system that developers will translate into living, working code.

"Designers" don't work with a restricted toolset, such as a sheet of paper and their own imaginations. Any design for any project has to start with a specification, even if it's only expressed in the broadest of strokes. Then they have to apply their knowledge and experience of the field they are designing in, having regard to the physical, economic and legal constraints that apply to that product or project. Anything else is just scribbling.