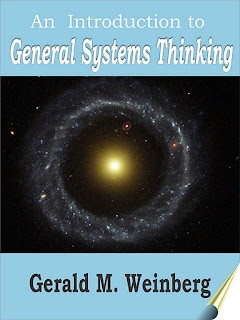 A reader recently wrote asking about Medium Number systems. I thought other readers of An Introduction to General Systems Thinking might be interested in my answers to his questions:

1. As I searched the literature trying to learn more about this subject and the "Law of Medium Numbers", I was surprised by how little I could find. I wonder whether I was not doing right searches or you may have more insights into this?

Jerry: It's not a popular subject with many scientists, because it shows how science—though amazingly successful in some areas—it's awfully limited in dealing with some of the most interesting problems. As someone pointed out years ago, "Physics is merely the study of those systems for which the methods of physics work."

Reader: 2. I wonder whether the "Law of Medium Numbers" might imply a kind of defiance of classical Western science and technology (which emphasize certainty and perfection)?

Jerry: That's well put. We'd like things to be different, but they aren't. 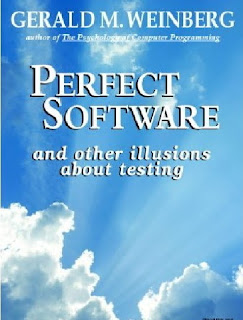 Jerry: Precisely right, except it's not the systems that are imperfect, but our understanding of them. You can see this idea worked out in detail in my book on software testing: Perfect Software and Other Illusions about Testing. It's extremely popular among software testers. They use it to explain to their customers what amounts to the Law of Medium Numbers applied to software. And, a few software developers have shown violent reactions to the claim that perfection is simply not possible.
Posted by Gerald M. Weinberg at 9:10 AM